The Mount Rushmore of Sitcoms 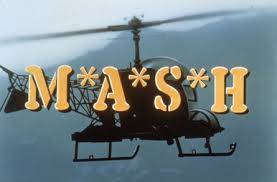 The upshot: Sometimes a Mount Rushmore isn't just about what's "best." It can also reflect a measure of respect for groundbreakers, trendsetters, people and things that left their mark on a moment in time. In our Mount Rushmore for sitcoms, we admit a personal bias that, perhaps wrongly, bumps "All in the Family" out a place that was arguably earned by virtue of its groundbreaking nature.
That being said, we're sticking with these four -- at least until there's enough pressure for us to put it to a vote:

Others in the conversation:

All in the Family     |     Mary Tyler Moore
Friends     |     The Honeymooners
The Cosby Show     |     Frasier
Will & Grace     |     The Simpsons
What others are saying: "Christian Science Monitor" published this article featuring the results of a poll in which readers voted on the top 20 sitcoms of all time.
By admin
In Entertainment, Television
No Comments