The Mount Rushmore of NASCAR Drivers

The long and the short of it: The fourth spot in NASCAR, like many other Rushmores, is the tough one. Petty, Earnhardt and Johnson are no-brainers -- because seven titles each. But when you fill that fourth spot on the mountain, do you go for wins? Then it's Pearson. Titles? Gordon. Insane popularity? Dale Jr. At the end of the day we give the nod to Gordon because not only did he win four titles, but also because he's still won more races than Johnson (for now) in NASCAR's most competitive era. And, he bridged several eras together: not only is he the only four-time champion, but he's also the only driver to compete against all three of his cohorts on Mount Rushmore. So, in Petty and Gordon, you have a period of excellence running from 1958 until 2016. 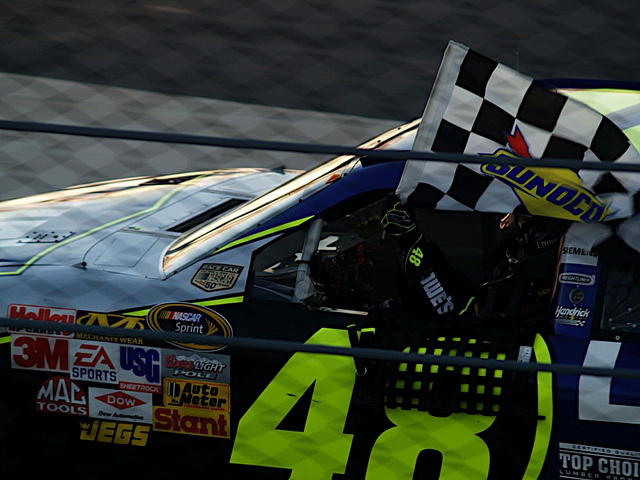 Others in the conversation: